Sorry it's taken me so long to post this, I had an elbow injury and had to lay off crocheting for about a week.

You can find Part I here and Part II here.

To form the pillow, first sew the two pieces together at the Equator.  You either sew it all in blue (to show the Equator) or sew through the continents in green and the oceans in blue.

Line up the two pieces so they match. 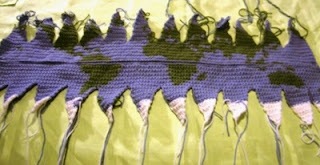 Sew the pieces together going back and forth between the two pieces. 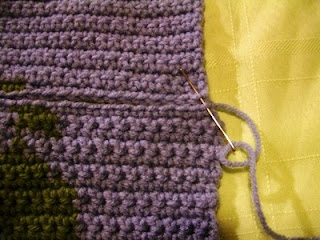 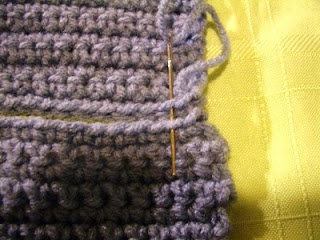 Now you can see the Equator. 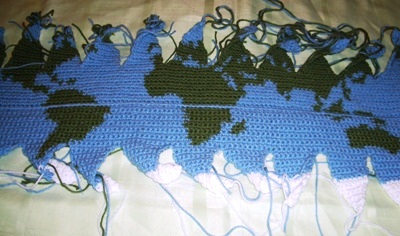 Next sew the points for the Northern Hemisphere together. 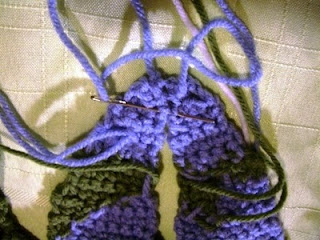 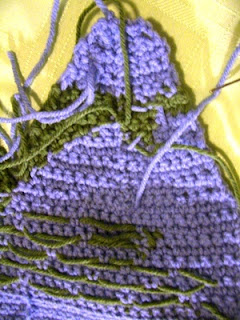 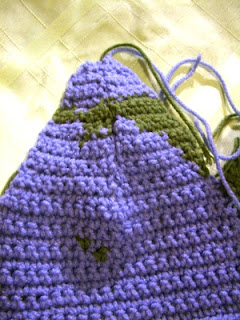 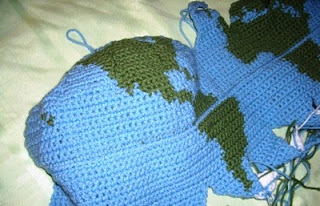 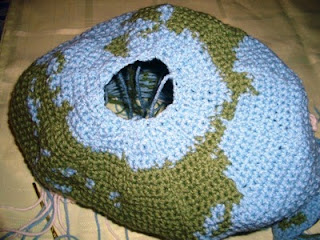 To  close the hole in the Northern Hemisphere, attach the blue yarn in any sc. 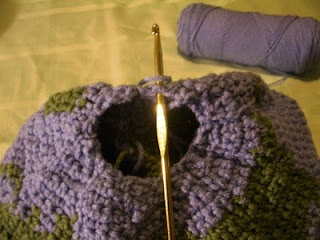 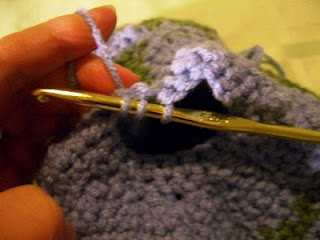 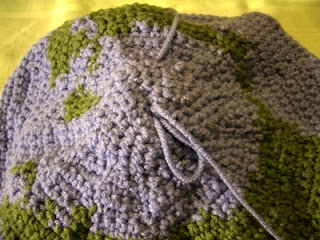 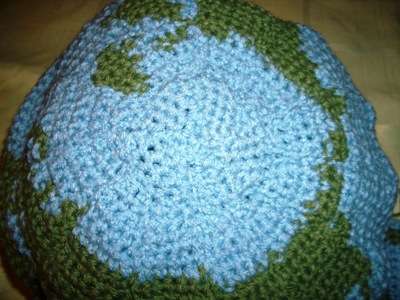 Weave in most of the ends, leaving long pieces of yarn for sewing up the rest of the pillow.

To close the Southern Hemisphere, attach the white yarn and repeat Rnds 1 to 5. 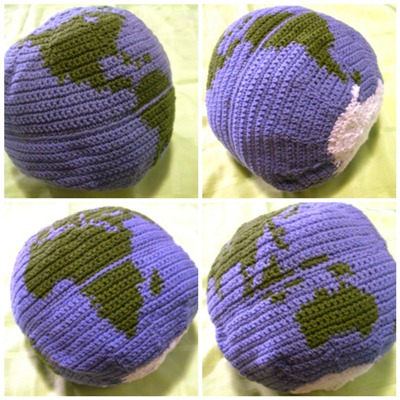