I'm finding the best way to keep the integrity of the design is to crochet each row in the same direction.  That means I have to cut the yarn at the end of the row (I'm crocheting right to left since I'm right handed) and then join it again on the next row at the beginning of the row.  I start on the right with the black yarn then add each color as it comes up in the design and then drop those colors as they end in the design ending with the black yarn at the end of the row and tying off.

If you are really talented (and somewhat ambidextrous) you can switch the hook to your left hand when you get to the end of the row and then crochet back the way you came like Carol Ventura does.

This is another video tutorial by Red Heart Yarn. 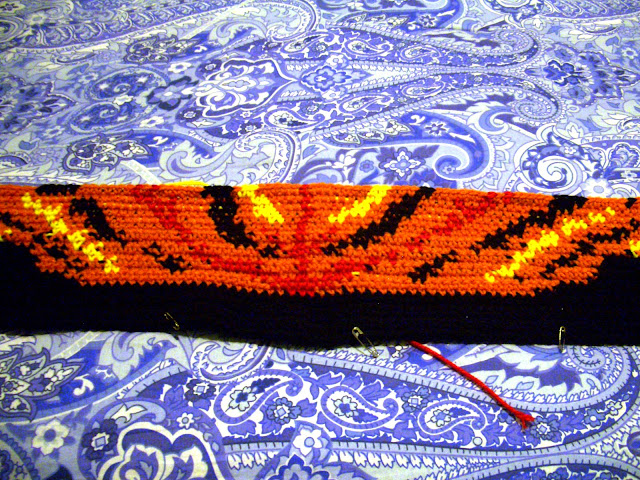 Kelly says "I'm not a fan of this method and here's the reasons,  uses a lot of yarn, a lot of bobbins, you can see unused thread from right side and the work isn't tight. Since I started one in the afghan stitch using the extra long J hook , I honestly don't want to go back to the double crochet method." 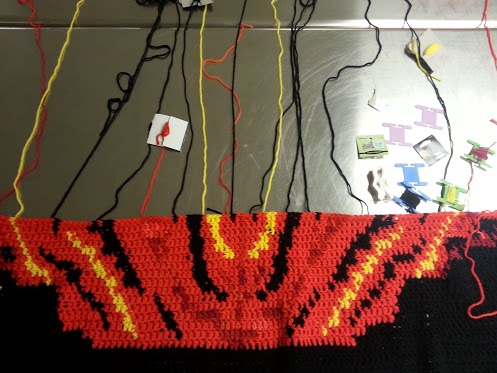 Afghan Stitch
"the afghan stitch is tight, uniform, no mess with bobbins, thicker, and I'm lovin' this because I can rock in my chair instead of leaning over a table..you can hide the extra yarn in the back as well." 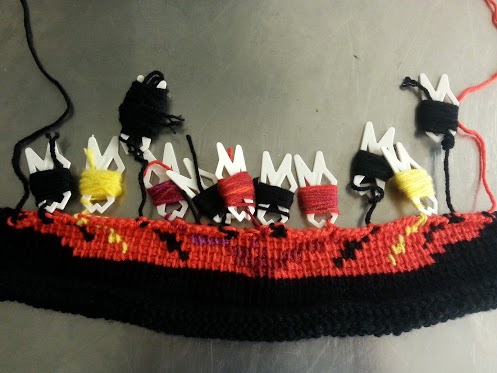 If you would like to ask Kelly about making the afghan in afghan stitch you can reach her here.

Here is a tutorial video by Crochet Geek on how to do the afghan stitch.


Here is a finished version of the Harley Afghan by Penny Jones.